They are famous worldwide, as nobody has been able to comprehend how these tiny concretions were formed. It’s a scientific mystery.

The Cave of Trabuc is known for the enigmatic “room of the 100 000 soldiers.” Its floor is covered by thousands of concretions, only a few centimeters tall, giving resemblance to a forest of miniature pine trees made of clay, or an army of soldiers ready for battle. These formations remain a mystery as no traces of water dripping from the ceiling can be found, ruling out typical leads and explanations of this limestone environment rich in clay. 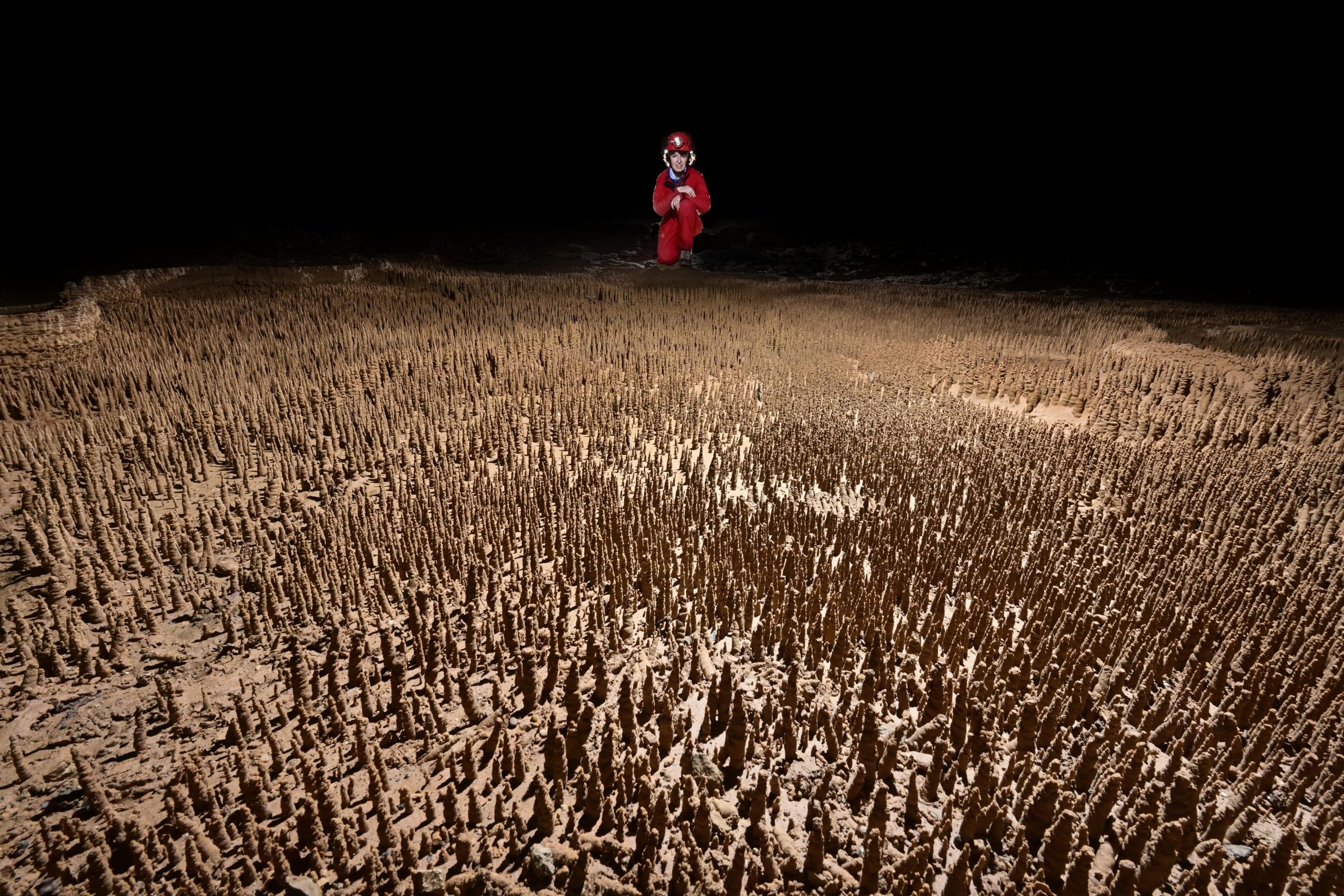 In reality, these concretions are a very special type of crystallization found in gours. They from underwater, and therefore never grow taller than the wall of the basins in which they are found. They spread over a large area (more than 100m2) and are constituted of 95% calcite and 5% clay. The intermediary steps of formations are fascinating. Each “soldier” seems to form an overlapping of discs, or plates, most likely in relation to the varying water level. Floating calcite layers, present in large amounts over idle calcium-rich water, seems to also play an important role. And finally, the clay-rich environment is fundamental regarding minerality.

But how, and under which mechanism were these 100 000 soldiers formed?

To this day, none of the explored hypotheses can with enough satisfaction scientifically explain or verify these concretions.

From theories involving bacteria to electro-static forces, the 100 000 soldiers were at some point the talk of the scientific and geologic community. However, not all is bound to be fully explained or understood, and we can sometime allow nature to keep some of its secrets of fabrication.

The first explorers thought that they were stalagmites, but no water drips from the ceiling.

Experts used to talk of inversed stalagmites, provoked by a resurgence of water through the bottom clay layer of the gours, like those found in the Macocha in Czechoslovakia. However, here no central canal alimenting the concretion with water can be found, or very doubtful given the tests performed.

In their theory, biologist point their fingers to a population of microbes or lower fungi. However, similar associations and environment are found to exist over kilometers of the cave, without any traces of gours being disrupted by the curious concretions. 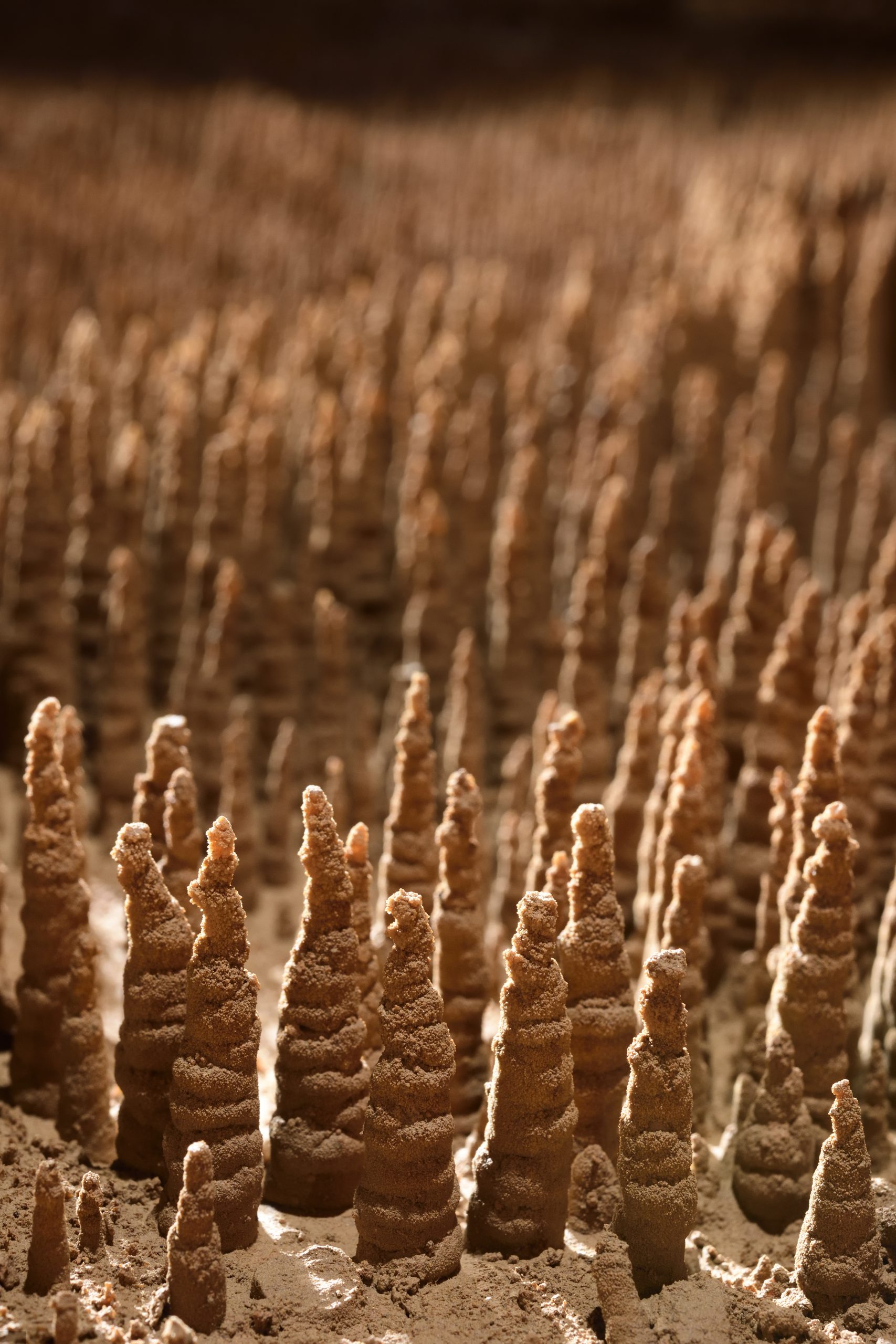 The speleologists of 1945 named these sleeping sentinels, the “100 000 soldiers.” The nickname sticked.

The discovery of the 100 000 soldiers, a unique type of concretions enclosed by marvelous and weaving stalagmitic walls, motivated the touristic development of the site to offer to curious minds the opportunity to see these strange formations.

Those that see them will always remember this army of silence, guardians of the walls on the battlefield, emerging from the darkness to be revealed by the spotlight.

We use cookies on our Web site to provide you with the most relevant experience by remembering your preferences and repeat visits. By clicking "Accept" you agree to the use of all cookies.
Manage cookiesDenyAccepter
Manage consents